The UK’s most chosen dairy brand[1] has extended its successful partnership with British Athletics until the end of 2021.

As Müller continues to champion the goodness of dairy and inspire people to live happier and healthier lifestyles, the extended association, which began in 2016, will see Müller become title partner for ten world-class events over the next three years.

The new partnership will also see Müller sponsor officials at televised events, have an increased presence at World and European team events, and feature across all British Athletics corporate communications.

As Müller continues to add further inspiration to the dairy category, the extended association will feature in an upcoming athletics inspired multimedia campaign, which is part of Müller UK & Ireland’s unprecedented £400m investment over the next three years.

In 2019, Müller will build on a 2018 on pack promotion which provided new sports equipment to schools from Orkney to Sussex, and its squad of athletics brand ambassadors will feature across new television adverts, as well as digital and print advertising.

From June 2019, the UK’s favourite yogurt brand[3] will reduce sugar in Müller Corner by up to 9% and gain a creamier texture, thanks to the discovery of a new yogurt culture. The dairy company is also removing all added sugar from its core Müllerlight yogurt range in May 2019.

In addition, as the business continues to bring protein to the masses, it is working towards the inclusion of clear on-pack protein claims on all Müller yogurt products this year.

“Müller is passionate about making people happier and healthier. As such, it’s wonderful to extend our partnership with British Athletics.

“We’re really excited to continue investing in the future of this electrifying sport. It also means we can continue to bring our much-loved brand to life in lots of new and exciting ways.”

“We are delighted to develop further our partnership with Müller who are now very well established as a long-term supporter of athletics in this country.

“We would also like to thank Müller for their incredible investment in promoting British Athletics in everyday life through their TV and print media advertising.

“Overall this deal is great news for athletes – from grassroots through to elite - and the sport of athletics in the UK. We look forward to working together in the coming years.”

Müller UK & Ireland is wholly owned by Unternehmensgruppe Theo Müller which employs 27,500 people throughout Europe. In the UK, Müller develops, manufactures and markets a wide range of branded and private label dairy products made with milk from more than 1,700 British farmers.

The Müller brand is ranked at No.7 in The Grocer’s Top 100 list of Britain’s Biggest Brands, and is also the 7th most chosen brand in the UK, picked from shelves more than 230 million times each year. Müller UK & Ireland comprises three business units:

Milk & More delivers daily essentials to more than 500,000 homes in Britain, via a network of 57 local fulfilment centres. The milkman is arguably the original home delivery service and Milk & More is ensuring that this great British tradition continues to flourish.

Müller is an Official Supporter of British Athletics and Athletics Ireland. With branding and activation rights for five events in 2019, Müller aims to empower consumers to make active and healthy lifestyle choices.

Müller Corner, one of Britain’s best loved yogurt ranges, is set to reduce sugar by up to 9% and gain a creamier texture, thanks to the discovery of a new yogurt culture.

Müller Milk & Ingredients (MMI) CEO Patrick Müller has confirmed completion of Britain’s largest ever dairy industry integration, set out his strategy for the future of the £1.7bn fresh milk, cream, butter and ingredients business, and confirmed a key executive board appointment. 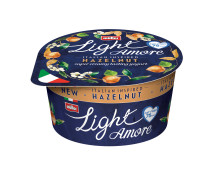 Müller Corner Lactose Free , the dairy company’s first step into the lactose free sector has been crowned Product of the Year 2019 in the Free From category . 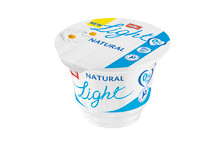 Müller has launched its first ever range of natural yogurt. Made with milk from British farms, the natural range is fat free, high in protein and includes 0% added sugar. 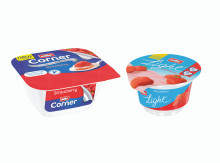 Müller is set to revolutionise the yogurt category with new and improved recipes for the nation’s two favourite yogurt brands, Müllerlight and Müller Corner.

The nation’s favourite yogurt brand, which includes Müller Corner and Müllerlight, has confirmed that it is targeting a total sugar reduction of 25% across its branded yogurt portfolio by June 2020. 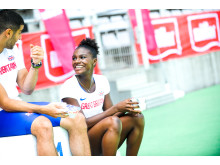 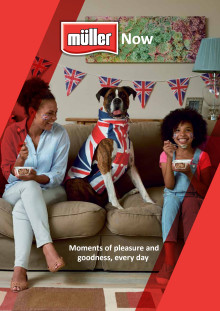 At Müller, our purpose is simple: to uplift everybody with everyday moments of pleasure. As the pioneering brand in the category, we are working hard to build a vibrant future for the British dairy industry. This report details exactly how we will achieve this.