The duo will appear in Müller’s athletics inspired multimedia campaign which aims to inspire the next generation to become involved and have fun with athletics. The campaign includes new television adverts, which feature Nicole Scherzinger and Adam Gemili, digital and print advertising and the dairy company’s biggest ever on pack promotion.

As part of the campaign, Müller has developed a range of limited editions inspired by their status as Official Supporter of the British Athletics Team. A phased launch will see 12 limited editions become available across Müller Corner, Müllerlight, Müller Rice and FRijj.

The campaign sees Müller launch its biggest ever on pack promotion, giving consumers the chance to win 1,000 pairs of session tickets for the IPC World Para Athletics Championships London 2017 and the IAAF World Championships London 2017, as well as prizes (T&Cs apply)*. The on pack promotion is also present on Müller’s branded milk, cream and FRijj products as part of its status as Official Milk of British Athletics and Official Milk Drink of British Athletics.

Consumers are invited to visit www.mullerathletics2017.com where they can enter the prize draws. Throughout the year, the new site will also feature a wide range of additional content including athlete interviews, tips from athletes on how to get motivated, information on the health benefits of dairy and exclusive behind the scenes footage of the upcoming Müller television adverts.

In addition, Müller has launched its reformulated Müller Corner Strawberry recipe, the most popular flavour of the range, which now includes 19% less total sugar. The new recipe does not contain any sweeteners.

“The success of our 2016 partnerships with British Athletics and Team GB was phenomenal and this year, with five major athletics event partnerships, we’re going bigger and better than ever before.

“We’re so excited for consumers to try our new limited editions and to enjoy our biggest ever on pack promotion. We want to help inspire the next generation to get out there and have fun with athletics and to be working with the stars of British Athletics, from Adam Gemili to Dina Asher-Smith, is a real honour.

“We’re building the biggest and best dairy company in the UK and we’re constantly trying to create inspiration in the category, which in turn drives footfall and benefits everyone in the supply chain. With 1,000 pairs of tickets to give away*, it’s a hugely exciting partnership and a big moment for us.

“These types of partnerships with world class sport will help us to empower consumers to make healthy lifestyle choices. We’re continuing to reduce added sugar across our brands, and the reformulation of our Müller Corner Strawberry, our most popular Müller Corner flavour, is the latest step in our strategy to remove added sugar where possible, while maintaining the same delicious taste that our consumers expect.”

Partnership details are as follows:

The London 2017 Ltd Organising Committee is delivering the IAAF World Championships London 2017 and the World Para Athletics Championships on behalf of UK Athletics, the Greater London Authority and UK Sport, supported by Department for Culture Media and Sport, after both events were awarded to London in 2011 and 2012.

UK Athletics is the national governing body of the leading Olympic and Paralympic sport in Britain. British Athletics is the sport we represent, the people, the athletes, the fans, the team.

We work closely with the home countries to develop and grow all areas of the sport including elite performance, coaching, major international events, competition and grassroots programmes within schools and clubs. 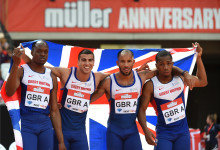 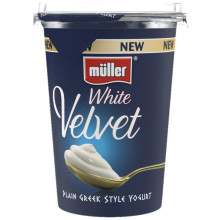 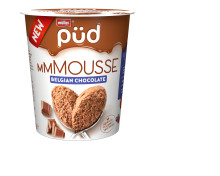 Müller is continuing to refine and energise its desserts offering with the launch of Müller Püd mmMousse. 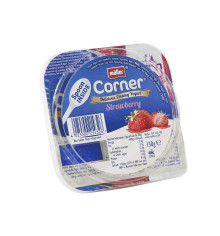 Müller is targeting front of store and on the go snacking by launching two yogurt SKUs with a spoon attached. 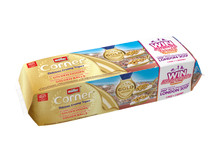 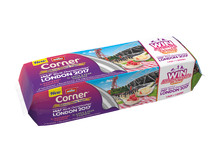 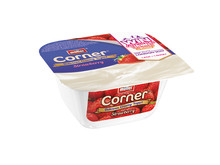 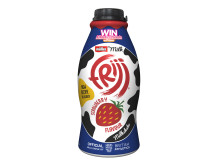