Müller has announced an expanded partnership with the National Basketball Association (NBA) which will see the dairy brand become an Official Partner for the upcoming NBA London Game 2018.

Müller Rice has renewed its relationship with the NBA, and for the first time, FRijj, Müller’s milkshake brand, will also join the partnership.

Taking place at The O2 on January 11th 2018, the Philadelphia 76ers will take on the Boston Celtics in the NBA’s eighth regular-season game in London.

Alongside an NBA-themed multimedia campaign, as an Official Partner of the NBA London Game 2018, Müller is launching two separate on-pack promotions on millions of packs of Müller Rice and FRijj.

On FRijj packs, one consumer and three of their guests will have the opportunity to win x4 tickets for a trip to New York, including tickets to an NBA game, while Müller Rice consumers have the chance to win an NBA-branded mini hoop and basketball by entering their on-pack code online.

Consumers can access the FRijj on-pack promotion now and Müller Rice from 12 November 2017.

In addition, consumers will have the chance to win tickets for the upcoming NBA London Game 2018, via a range of social media promotions that will be hosted on Müller Rice online channels.

In-arena promotion at the NBA London Game 2018 will include courtside signage and concourse sampling, as well as appearances by Tasty B, the rapping bear made famous by the Müller Rice TV advertisements.

“Müller is incredibly proud to support Britain’s love of sport and we’re delighted to be taking our partnership with the NBA to another level.

“Last year thousands of Müller Rice consumers collected their mini hoop and basketball and we’re really excited to be bringing further inspiration to the category with our on pack FRijj and Müller Rice promotions.

“Long term partnerships with sport will help us to empower consumers to make active and healthy lifestyle choices and it’s a pleasure to work with one of the most recognisable and exciting sports brands in the world.”

“The NBA is delighted to announce our expanded partnership with Müller Rice ahead of our annual game in London," said NBA EMEA Vice President, Global Marketing Partnerships & Emerging Markets, Marc Armstrong.“Müller Rice have been a fantastic partner in recent seasons and we look forward to working together on this extended range of promotions and activities to engage NBA fans and grow the game of basketball in the UK and Ireland.”

The NBA is a global sports and media business built around three professional sports leagues: the National Basketball Association, the Women’s National Basketball Association and the NBA G League.The league has established a major international presence with games and programming in 215 countries and territories in 49 languages, and NBA merchandise for sale in more than 125,000 stores in 100 countries on 6 continents.NBA rosters at the start of the 2017-18 season featured 108 international players from a record 42 countries and territories.NBA Digital’s assets include NBA TV, NBA.com, NBA App and NBA LEAGUE PASS.The NBA has created one of the largest social media communities in the world, with 1.4 billion likes and followers globally across all league, team, and player platforms.Through NBA Cares, the league addresses important social issues by working with internationally recognized youth-serving organizations that support education, youth and family development, and health-related causes.

For information about the on-pack promotion, visit www.mullerrice.com and www.frijj.co.uk.

Fans in the UK can find more NBA information at NBA.com/UK, the league’s official online destination in the UK, and on Facebook (NBA UK) and Twitter (@NBAUK).The game will be broadcast live on BT Sport in the UK, by the NBA’s broadcast partners across EMEA and on NBA LEAGUE PASS International.Fans can also purchase all the latest 76ers and Celtics merchandise at NBAStore.euand at The O2 on game night. 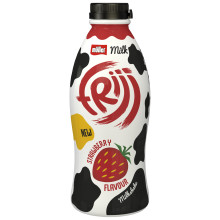 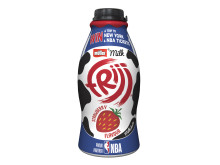 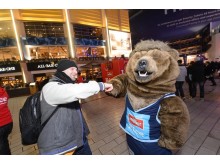